Volunteers play an important part in the success of our organization and in the lives of our clients. Whether it’s sharing your time with a client, playing a game or going for a walk and fostering a friendship along the way, you can make a difference.

We have volunteer opportunities to fit a variety of interests and time commitments.

Internships at Laura Baker Services Association are flexible, meaningful and unique – perfect for students or those wanting to dig into the field of disability support services. Internships can be customized to meet students’ objectives or other personal goals. 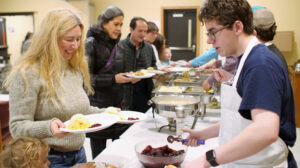 “I’ve been volunteering for LBSA for the last eight years in a variety of different roles and I am honored and feel incredibly fortunate to have LBSA part of my life.”– LBSA Volunteer

Interested in making a difference? Please complete the form to get started.

At the conclusion of Robert (Bob) Bonner’s stellar service on the LBSA Board of Trustees, the board chose to honor Bob with a Distinguished Service Award, named in his honor. Annually, we honor those who have made a real difference at LBSA through their constant involvement, time, energy and resources. 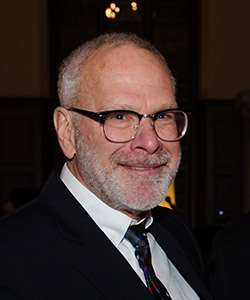 Greg understands that it takes a village to support people with disabilities. He joined the village as a parent and has continued his service by engaging in the broader community, being a voice of calm and sharing his gift of leadership with the Association. He joined the LBSA Board in 2011, served as Vice President and took the reins as President in 2016.

In practical terms, beyond Greg’s service on the board, he and his wife Patty have been the LBSA Easter Bunnies for many years, providing Easter baskets for all of our clients. They created A Great Day Farm, a center for recreation for people with disabilities who need both boundaries and freedom. Patty also has a heart for people with disabilities, and great vision for ways to adapt the world to make it better. Patty inspires Greg and manages at home so Greg can be out in the world. Together they make a great team!

Greg has been generous with his time, his talent, his wisdom and his treasures. He believes in the mission and vision of LBSA and has been an amazing partner in moving our work forward.

St. Olaf senior, Anabelle Xiong, is the most recent in a long line of students who have completed a semester-long internship here.

For Patricia, retirement from 26 years of teaching spawned a new career of volunteerism. And a new furry “coworker.”

“I’m hesitant to call it volunteering.” For Abby Grismer, volunteer work is not work. It is something she loves to do.

Beneath Julie’s soft-spoken demeanor lies a passionate advocate. It would be impossible to calculate the value of her work.