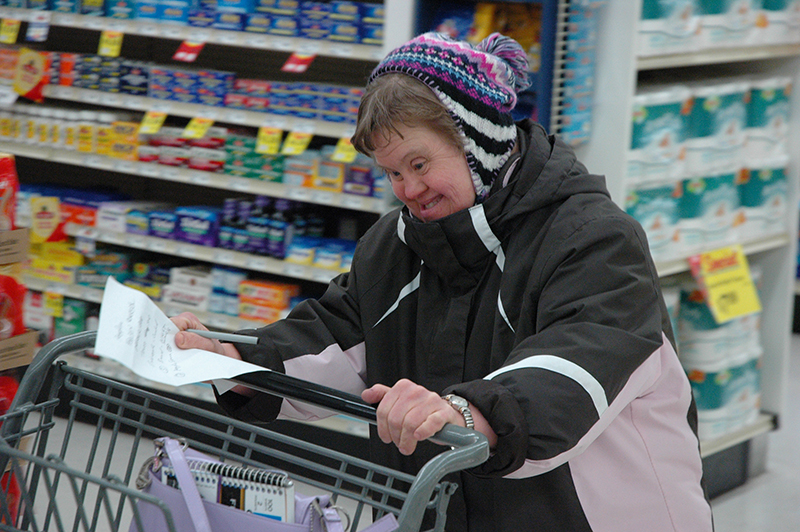 On June 15, a 25-year-old woman invited 12 of her closest friends to attend a conversation about housing for young adults with disabilities. Their parents were invited to a separate and similar conversation.

This young woman currently lives with her parents. She would like to move out but she faces constraints, not only related to her disability, but constraints related to public policy.

Laura Baker Services’ role was to get people talking about options for housing. We’re trying to help people here in Northfield, Minnesota, figure out how to create opportunities for this young woman, her friends and other citizens with disabilities. We want to be a community where we can make it work for these young people. We think that means creating community connections, finding ways to share resources and working with other groups to develop affordable housing options.

Not one of them said they wanted to live alone.

Current Minnesota Department of Human Services rules prohibit more than four people with disabilities receiving services from living together under one roof, or too close together in a neighborhood. They further limit the number of people with disabilities receiving some kind of living support from occupying more than 25 percent of a housing or apartment development. These rules are adopted to prevent institutions from springing up in the community.

One of the young women talked about visiting a cooperative housing situation in Washington state. She doesn’t know yet if she’s ready to move away from her family, and that’s a setting she says she would move to in a heartbeat.

Current Minnesota Department of Human Services rules prohibit more than four people with disabilities receiving services from living together under one roof, or too close together in a neighborhood.

While this young woman and her friends were talking about what they wanted, their parents were talking about their own fears, hopes and dreams for their children. Parents talked about wanting their adult children to be safe from exploitation, to have a community of support that will remain when they, as parents, are no longer able to ensure that support is available. They want their children to have choice and control, and to be treated with dignity and respect. They want people to know and engage with their children.

All of the parents want their children to be a part of the community, and they don’t care if there’s one other person with a disability or 10, as long as the elements of safety, control and choice, and dignity and respect are there.

We must focus on engagement and inclusion by the entire community. We must talk about the contributions people with disabilities make in their communities.

We must ask, not tell. We must listen more and talk less. And we must have options that allow each of us to choose where we live, who should live with us, and how we can best live an independent life within a community.