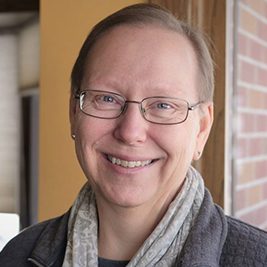 “I thought I would try it out for a year or so.”

That is what Kathy Davidson says now when she reflects on starting her employment at LBSA.

The first time Kathy heard the name Laura Baker was during her college years. At that time, it was still Laura Baker School. While working on her Social Work degree at Minnesota State University, Mankato, Kathy worked part time for an organization in Shakopee that provided services to individuals with developmental disabilities. Some of the staff at that facility brought their clients to Northfield to attend a music festival hosted by LBSA. She smiles recalling the reaction from her colleagues returning from LBSA. “They use real linen napkins there!” 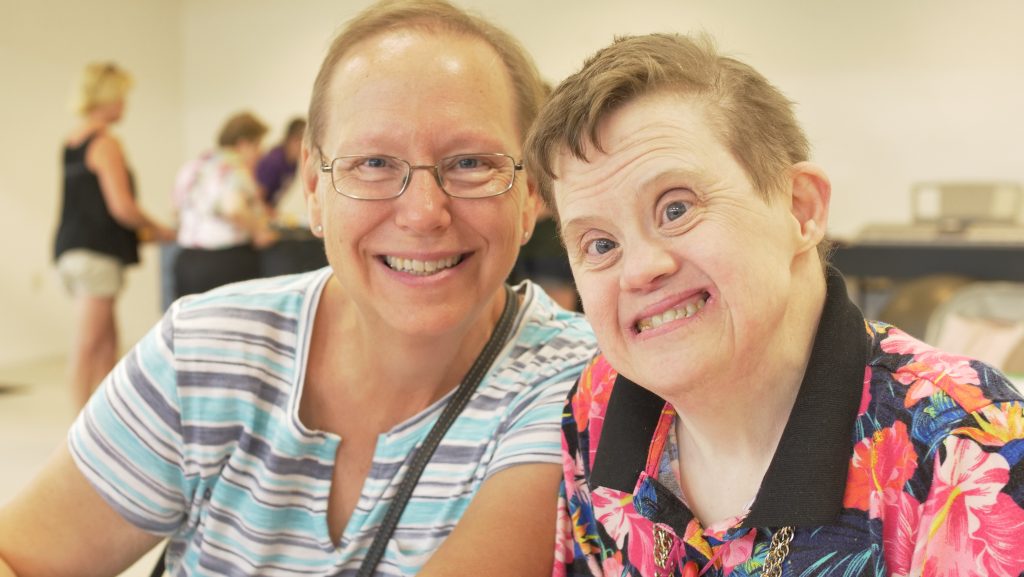 Kathy says LBSA has always been a great company to work for. One reason she cites is the flexibility that LBSA has provided with scheduling and accommodations. “After my kids were born, I was allowed to come back part time which really made a difference.” Another reason is the importance the organization places on treating people with respect, including clients, employees and family members. “The emphasis on respect is in large part due to Sandi’s [Executive Director Sandi Gerdes] leadership.” She adds, “It’s a standard she’s expected everyone to maintain.”

During her 40+ years at LBSA, Kathy has worked in various roles, including direct support, behavior analyst and in 2012 she began her current role as Program Director of Community Services (CS). She has seen a lot of change happen at LBSA over the years. The main buildings on the Oak Street campus no longer exist and have been replaced by new and updated cottages and a new administrative building. The CS program which began in the late 1980s, has grown from operating a single home in the community to a program that maintains six houses and also provides services to individuals in their own apartments or homes.

In addition to programmatic changes at LBSA, Kathy has seen some significant changes in the industry since she started. She says the types of clients that LBSA works with have changed. “We work with clients now who have more complex needs and more severe disabilities.” This includes individuals who have medical and behavioral issues that require more specialized support. Kathy says this can pose a challenge when it comes to staffing. Direct support is not an easy profession and it doesn’t pay what it should, given the amount of expertise and training required to help support clients. Kathy says that lack of funding to support direct support professionals is another significant industry change. Medicaid reimbursement rates, which LBSA relies on for operating revenue, have been frozen since 2014. In 2018, LBSA received its first reduction in Medicaid reimbursement rates. “We, as a society, need to value human lives enough to put the necessary money behind services.” She adds, “The staff here is amazing. It’s complicated work.”

Sandi Gerdes says there are many things that amaze her about Kathy. One trait that stands out most is her blend of compassion and advocacy. “Kathy often sees the good in people that others may be challenged to see,” Sandi shares. “She has a heart of gold, and she’s not afraid to stand up for what she believes in.”